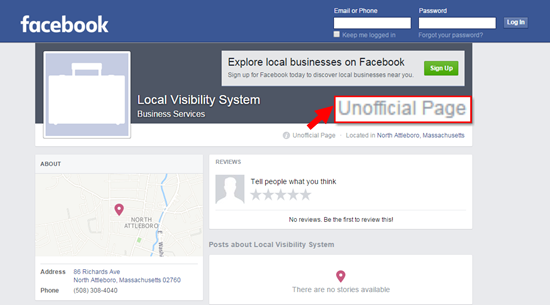 Sure, I created a Facebook page for myself about 10 years ago (and haven’t spent any time there in probably 7-8 years).  But I didn’t make one for the business, because I prefer my site and email list to be home base.  Call me crazy.

Some years ago I created listings on the basic sites.  Lest the shoemaker’s son go unshod, every now and then I do a quick check on my basic listings / citations.  As a true local SEO geek, I like to see which listings are new, which have changed, which have gone the way of tie-dye and free love, etc.

My first stop was (as always) Moz Local, where I noticed that seemingly new, threadbare Facebook page for the first time.

So I checked out the usual suspects.  Turns out I’m not on Acxiom or LocalEze. 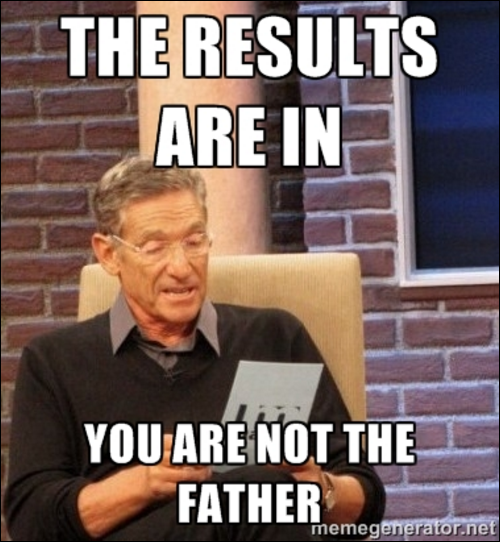 Then I checked InfoGroup.  I’ve been listed there for a long time, but the name doesn’t match.

So what site caused Facebook to squirt out a business page for me?

It was a Moz Local scan that alerted me to the name-match in the first place. 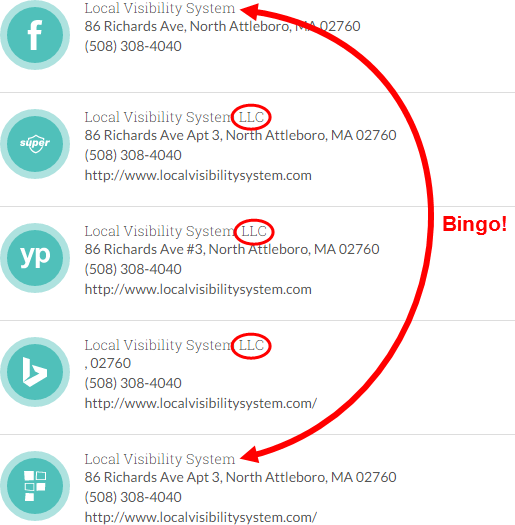 If I was paying attention a couple months ago I might not have had to do any gumshoeing.  Turns out Factual announced (quietly) its local-data partnership with Facebook.

I know I didn’t have a business Facebook page before then, so it all makes sense now.

According to David Mihm’s Local Search Ecosystem graphic, it’s possible that other sources still feed Facebook directly.  But the Factual-Facebook partnership is so new that maybe it’s now exclusive.

Anyway, on a practical level, why should you care that Factual feeds business info to Facebook?

Do you know of any other little-known data-feeding relationships between sites?

Categories are the forgotten child of local SEO.

Though they don’t get much attention, categories do get respect: “Proper Category Associations” is the #1 “Foundational Ranking Factor” listed on 2013’s Local Search Ranking Factors study.  (I was one of the people who ranked them up there, and I’m glad other local-searchers agree.)

Picking as many relevant categories as you can is probably the easiest way to make progress on your Google+ Local, Bing Places, Apple Maps, Yelp, and other rankings.

Choosing the right ones is sometimes easier said than done.  Google no longer allows “custom” categories.  That’s nice in a couple of ways: You can choose up to 10 categories, and it’s nice that it’s much harder now to get penalized by accidentally specifying a custom category that Google doesn’t consider kosher.

Still, the categories you want to pick are either on Google’s list or they aren’t.  Which may leave you feeling hamstrung if your business is specialized or “niche.”

Fortunately for us, the categories you can pick on other sites seem to help Google determine what type of business yours is – and what terms you should rank for.

They’re also a huge factor in your rankings on pretty much every other site worth being listed on.

The name of the game is to know your options for categories, on as many sites as possible.  Most of them don’t make it easy to browse all your options.  That’s why I’ve rounded up a bunch of category lists, so you can find the relevant ones easily.

Check out these lists and see if you’ve listed your business under the best categories possible:

Factual – Refer to this list when submitting your Factual listing

Those are just the category lists I’ve found so far or put together myself.  I’m sure you or I could easily find full lists of categories for rinky-dink sites that nobody’s ever heard of.  But there are a few category lists I’d still like to have.

The sites on my wish-list at the moment are CitySearch, YellowPages, Local.Yahoo.com, and Acxiom (MyBusinessListingManager.com).  Please let me know if you find or make a list of all the categories allowed on those sites!

Why does Factual matter to your visibility in the local search results?  Because it feeds info on your business to a bunch of other important sites.

David Mihm recently made that fact pretty clear, in his update to the Local Search Ecosystem infographic: 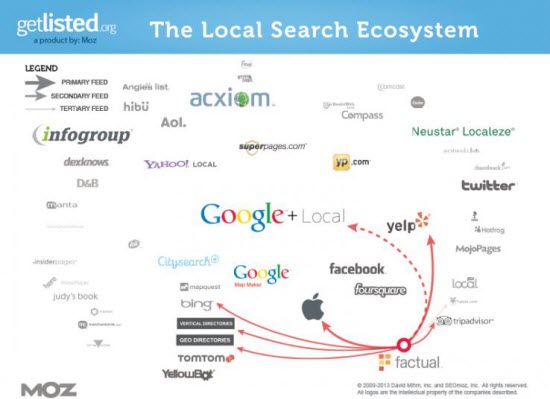 Apple Maps ace Andrew Shotland has also explained that Factual is a major source of business info (AKA data-supplier) for Apple Maps.

So that makes it official: Factual matters to your visibility in local search.

The good news is that, as of this writing, it’s easy to get listed there.  Here are a couple methods.

Update 10/1/13: You can also skip ahead to the comment kindly left by Bradley Geilfuss, the Senior Product Manager at Factual.

Method 1.  Send an email to datacontributions@factual.com.  Include your business info and ask (politely!) to be added

Darren Shaw described the process in a little more detail in a comment on the recent post I did on his blog.  Here’s what he said, in case you missed it:

Factual doesn’t have an “add your business” feature. To get your listing added, you email them and they’ll create a listing for you.

Before emailing them, I’d suggest first checking closely to see if you’re already listed by searching here: https://www.factual.com/data/t/places. If you are listed, you can login and additional details to the listing – look for the little “edit” tag on the right side of the map. It’s cool how they show you the sources of the listing data under the “Crosswalk” section.

If you’re not listed, look at all the other listings to see what fields they accept and make sure you include all the applicable fields when you email them.

When you’re sure you’re not already listed, and you have gathered all the information needed for your listing, email them at datacontributions@factual.com to request adding your business to their database.

Method 2.  Fill out the form at https://www.factual.com/contact.  Your request will end up at the same place.

By the way – just to get back to Darren’s point about how you should check first to see if you’re listed – here’s what you’ll see if you search for your business at https://www.factual.com/data/t/places and find that you’re already listed: 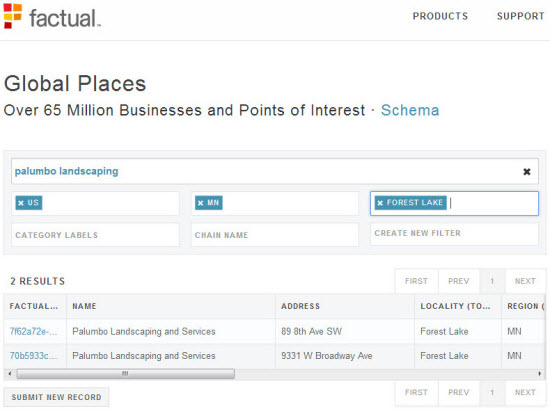 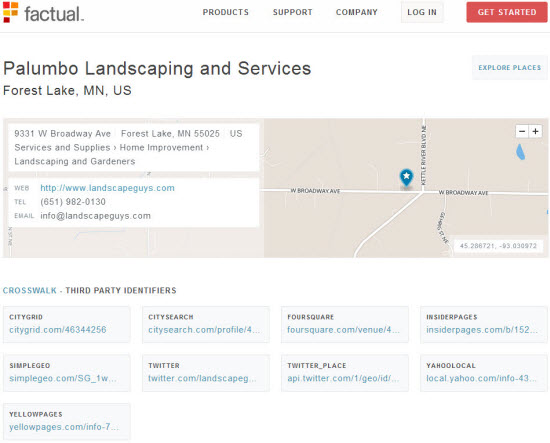 I’ve submitted requests for a few clients who weren’t already listed on Factual.  Update 9/30/13: Based on what I’ve seen so far, it takes 5-7 days for Factual to approve and add a new listing, if you use either of the above methods.

Any experience with Factual so far?  Leave a comment. 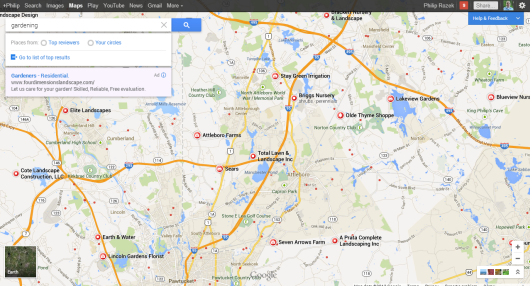 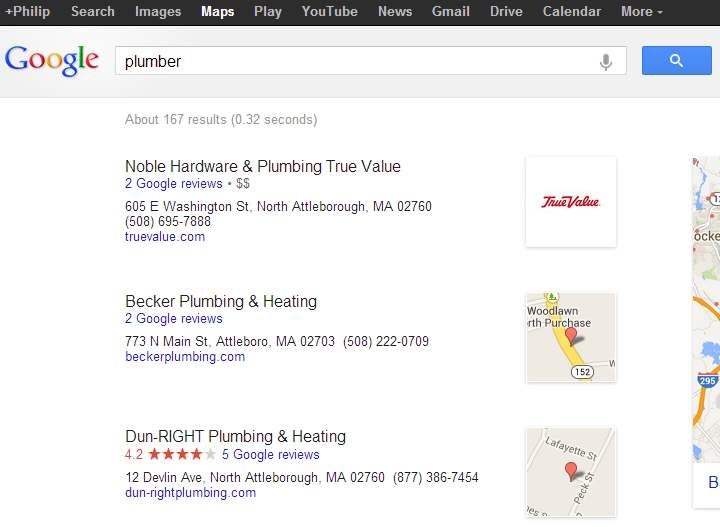 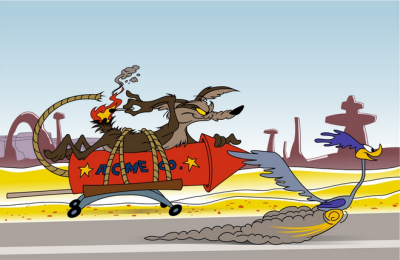