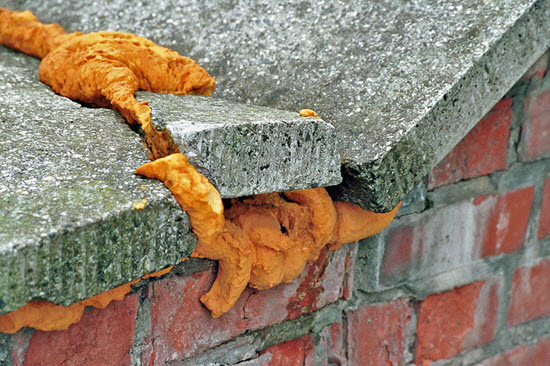 Some business owners say things like, “I don’t have enough budget for local SEO.”  You may not have money to waste on work that doesn’t work, and you may not have the budget for all the conveniences you want.  But the basic activities you can always afford, if you make the right decisions for the right reasons.  Half the battle is not wasting money on stuff you don’t need, so that you have some left over for what you do need or really want.

Below are (in my experience) the bad ways and the good ways to try to save money on your local SEO effort.  I want to emphasize that they are general rules.  I don’t know your exact situation.  Sometimes your money is well-spent on something I don’t think is useful for most people.  Sometimes you don’t need and wouldn’t benefit from a tool or service I recommend to most people.  Sometimes you’re so short on time that your least-bad option is to farm it out.  And so on.

Bad ways to save money on local SEO

2. Buying spammy links. May help your rankings short-term, until it doesn’t or until Google whacks you. 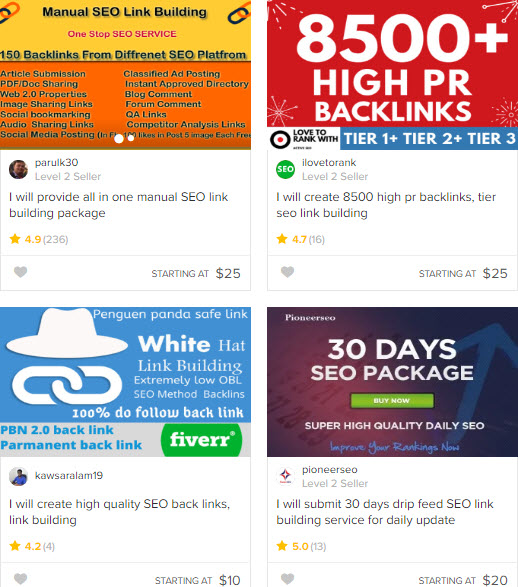 3. Working with an “SEO copywriter.” Sounds better than “professional keyword-stuffer.” You’ll end up with a site that’s optimized only skin-deep, and copywriting that makes you sound as exciting as a three-bean salad. 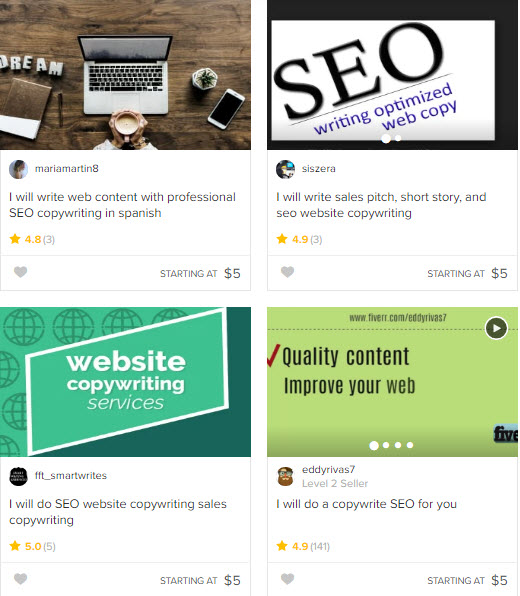 4. Buying Fiverr.com gigs of any kind for SEO-related work of any kind.

6. Using a “listings management” SAAS solution (e.g. Yext) rather than pay for one-time manual work on your local listings. (I’m talking about services that claim to take care of pretty much all your listings. Those are different from, say, Moz Local, which often is a good way to take care of a few listings that are a pain to deal with manually.)  Hiring an outfit like Whitespark to create, correct, and de-dupe your listings usually isn’t cheap, but unless your business info changes you’ll only need to do it once.  (Even then, because you’ll have the logins to most of your listings, making changes will be easier.)  If you cancel a listings-management service, many of your listings at some point will revert back to the way they were before you signed up.  Also, many directories that matter (especially “niche” sites) aren’t covered by the listings-management service, so you’ll need to do or pay for some amount of manual work anyway.  Listings-management software can be useful if you’re a big organization with a ton of locations.  Otherwise, “renting” your listings yearly soon becomes more expensive than getting manual work done once.

7. Glad-handing experts in the hope you’ll get free advice and won’t need to pay for any help. People with expertise tend to be in-demand and a little guarded with their time. Aside from not wanting to be known as a tightwad and avoided as one, you run a couple of risks: You risk getting boilerplate advice that isn’t specific enough for you to act on, and you risk getting advice that’s based on a poor understanding of your situation.  That advice can mess you up, even if it’s from a great source.

8. Requesting a bunch of proposals just for the free input on your situation. Same issue as in the last point. RFP abusers don’t come away with much.

Good ways to save money on local SEO:

1. Do your own local SEO, or as much of it as you can. (That’s where an in-depth audit can help.) Even if you do only a couple of steps, you’ll make it easier to hire competent helpers later, because they won’t need to be good at quite as many things.  You’ll also want your sea legs in case the company you hire doesn’t work out, in which case you are your plan B (at least temporarily).  It’s possible you might even take a little satisfaction in it.

2. If you need to get third-party help, consider hiring a website developer and a stunt pen (“content writer”) or copywriter, rather than a marketing agency. With specialists often it’s clearer exactly what you’re paying for, because the scope of work is tighter and there’s less overhead. You’re less likely to pay for the catered lunches, the beanbag chairs, and the bathroom janitor.

3. Keep only one site or very few sites. If one site doesn’t rank, put time into developing it and earning links to it rather than into squeezing out another site that doesn’t rank. Five sites that almost perform don’t get you anywhere.  Five Pacers don’t equal a Mercedes.

4. Let your site develop a fine crust. A font you can’t shrink or an image you can’t align is not an emergency. Unless your site is so hard to navigate and use that you know you’re losing business, an ugly site is not why you’re struggling, so you can deal with it once your dance card is fuller and you’ve got more budget.

5. Skip reputation-management tools, unless maybe the one you want to use is supplementary to a review strategy that’s worked for you. If your whole review-encouragement strategy is to use software, you may get good results, but more likely is that would-be reviewers still ignore you. The basic issue is that most customers can tell when they’re asked for a favor by a piece of software rather than by a person they recognize.

6. Run a feeler AdWords campaign for a week rather than use keyword-research tools or SEO tools that require a monthly subscription. The difference is you can see what people do search for, rather than what they probably search for. You’ll be amazed at what you see in an AdWords “Search Terms” report and in other reports, even when you run ads just to glean data and not necessarily to try to get customers.

7. Eschew paid third-party tools in general. (I’d probably make exceptions for Ahrefs and Mouseflow, though.) Focus on building up your internal resources.

8. Skip paid local-business and industry directories. Unless you have reason to believe your listing or ads bring you customers or some other clear benefit, paid-inclusion directories are a slippery slope. Before you know it you’re shelling out for 10 of them every month.

9. Don’t get BBB-accredited just because you think you’ll get a link. These days, for better or for worse, you won’t get a link that helps you. (There are other reasons to consider getting accredited, though.)

10. Don’t pay for LocalEze. I say that not because that data-aggregator isn’t important, but because usually you can take care of your listing(s) there by using Moz Local or by using a citation-building service that has an API relationship with that site and others.

11. Avoid or wean yourself off of listings-management tools (e.g. Yext). Ideally you work on your listings in-house. The second-best option is to get manual work done once and be done with it.

12. Minimize the number of SEO consultants you use. Maybe get a second opinion every now and then, but don’t hire 7 different people. You won’t develop a good strategy by United Nations resolution.  If none of the SEO people seems good, don’t settle for the least-bad of the bunch.  (In that case, consider doing at least some of the work in-house.)

How have you saved money (or blown money) on your local SEO effort?

Have you had success with any of the practices on my “worst ways to save” list?