For a few years now, people like me have told clients and others that it’s probably not a good idea to copy their Google reviews and paste them onto their site as testimonials.

The concern is that Google might filter those hard-earned reviews, and they’d longer no appear on the Places page, where they belong.

It’s a valid concern, too.  Google’s review guidelines tell reviewers not to “post the same content multiple times.”  Sure, that’s ambiguous, but given how Yelpishly draconian Google’s filter was in 2012 and given that Google still filters some reviews, it’s reasonable to interpret that as, “Your Google review had better not show up anywhere else.”

It’s hard to read Google’s mushy “rules” sometimes.  So let’s ask a different question: do Google Plus reviews get filtered if you paste them onto your site, or embed them as Google+ posts?

It appears they don’t get filtered.

I’ve rounded up a few examples: 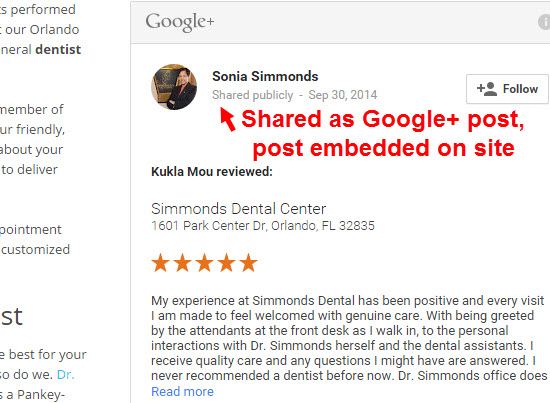 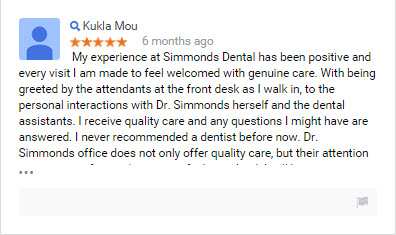 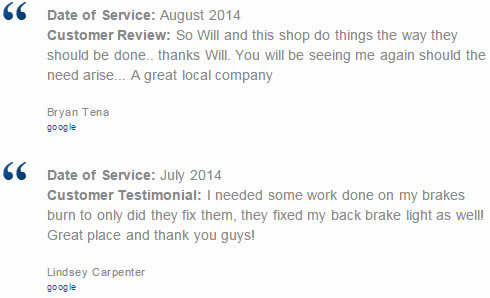 You get the idea, so now I’m just going to give you the links to some examples and let you dig around if you’d like.

Now, Gentle Reader, you may be wondering: “What about confirmation bias?”  Did I just find the businesses that cross-posted reviews successfully – and not the ones who sent their reviews into the meat grinder? 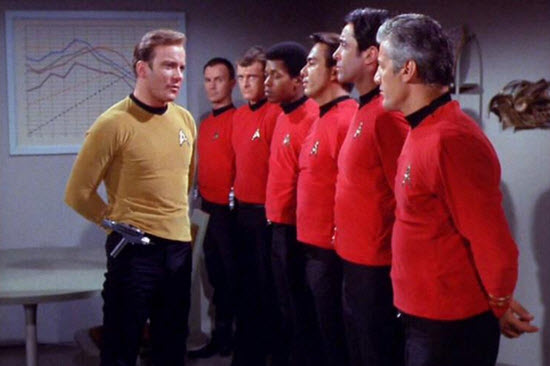 I found the above examples “in the wild.”  I simply found businesses that put their Google reviews on their sites, and then I checked to see whether those reviews were still on their Places pages.  (By the way…what’s with all the dentists?)

Until I see evidence that suggests otherwise, I’m satisfied that you’re not leading Pickett’s Charge if you put your reviews on your site.

Should you embed your reviews on your site?

I don’t see why not, as long as you don’t expose your hindquarters to the sharp fangs of IP lawyers.  As Mike Blumenthal has pointed out, Google suggests you ask your customers for permission to showcase their words on your site.

One other question to ponder: could Google eventually take down your reviews?  Maybe.  Google often flip-flops on review policy.  But you’ve got to consider the lifetime value of a review.  If hundreds, thousands, or tens of thousands of people see a review on your site or your Places page on their way to your site, but one day it gets filtered, didn’t that review pull its weight?

If you’re uncomfortable with embedding or pasting reviews, you could always use the tried-and-true technique of taking screenshots of the reviews and putting those images on your site – because Google can’t “read” images (yet?).  You could even use Linda’s cool animated-GIF-slideshow technique.  (Of course, for CYA reasons you still might want to ask customers for permission first.)

Where do you come out on this?

Any first-hand experience that contradicts what I’ve found?

Have you put your Google reviews on your site – and if so, what happened?