Google a business by name and you’ll see something new in the knowledge panel on the right: your distance to the business, from the number of miles, down to the number of feet if you’re real close. 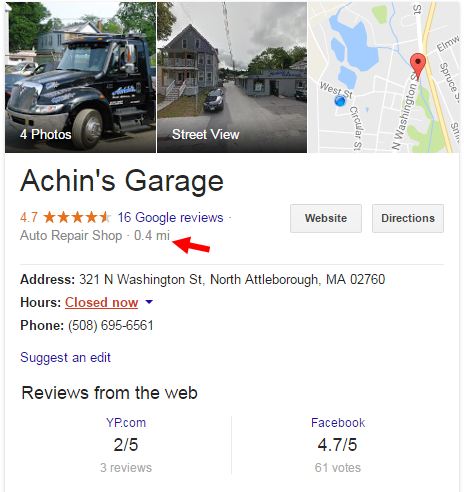 I didn’t see this even earlier today.  The above screenshot is from desktop, but clearly it’s another “mobile-first” update.  It shows in the Google Maps app – and may have been showing there for some time – but does not show in the Google app.

Google has loaded up the knowledge panel continuously, with “critic reviews,” the return of “Reviews from the web,” and “Send directions to phone” having popped up just in 2016.  Google had been adding features to it before then, too, like “peak hours.”

Who knows where Google is headed with this?  I wouldn’t be surprised if “distance to business” went away for a while, and then got reincarnated as an AdWords extenstion.

This addition is many things, but if nothing else, it goes to show how much Google knows about you and your location.  Kinda unnerving.

What do you make of the “distance to business” addition? 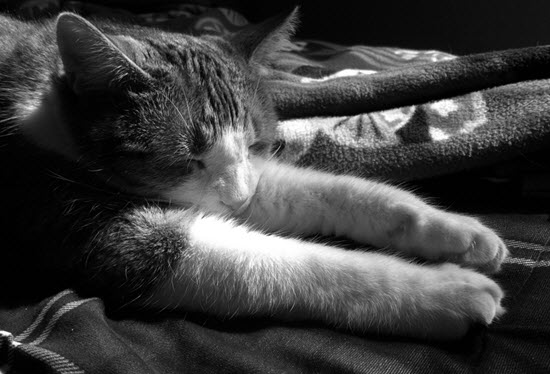 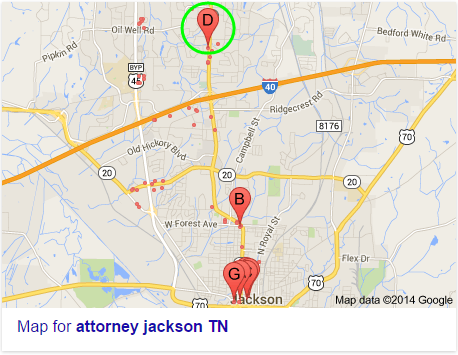 Do you rank page-one in the organic results, but seem locked out of the Google Places (AKA Google+ Local) results? 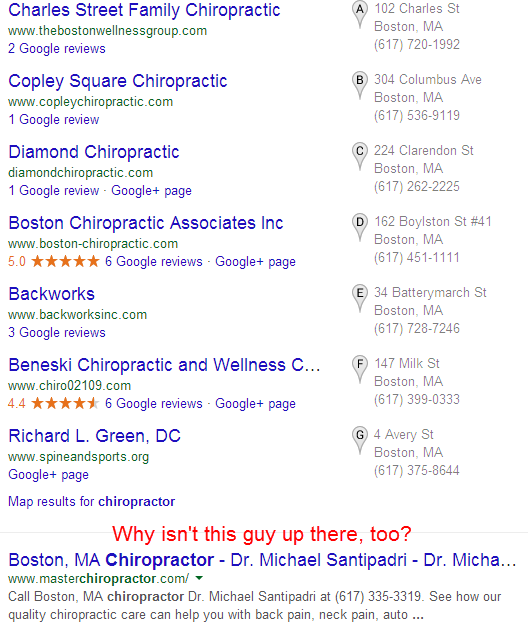 …then you might have what I call “detached” local rankings.

In other words, you’ve got an organic ranking right above or right below the “7-pack,” and you’re wondering why you don’t also have a ranking in the 7-pack.

It used to very difficult to have both – long story – but now you usually can have the same page rank both organically and in Google Places.  (Emphasis on “usually”: something may be busted, or it may not even be possible in your case.)

It’s a common problem.  Business owners ask me about it all the time.

Here are what I’ve found to be the most-common explanations for why you may have good organic rankings but no Places / + Local / “7-pack” rankings:

Explanation 1:  Your business is too far from the city where you want the Places rankings.  There may be nothing you can do about this except to apply the best-practices I’m always harping on.

Explanation 2:  You show up in the Places results for other queries – just not the one you typed in.  This one’s complex: Why you’re showing up in Places for some queries but not others depends on factors like point #1, whether you include the city name in your search term, where you’re physically sitting when you’re searching, and how many local competitors you have.

Explanation 3:  Your Google listing has been penalized.  Make sure you’re kosher.

Explanation 5:  Your Google listing may have the wrong categories.

Explanation 6:  You may not be presenting your NAP info correctly on your site.

Explanation 7:  Your site may have no NAP info at all.

Explanation 8:  The “URL” or “website” field in your citations may be empty on some of your listings, or it may contain wrong or inconsistent URLs.

Explanation 9:  Your business may have no citations – or too few.

Explanation 10:  Duplicate Google Places listings.  Often these are caused by having messy citations.  (Hat tip to Linda for bringing up this point in her comment, below.  Also, check out this forum thread.)

Do you have any experience with “detached” rankings?  What worked for you?  Or do you have them now, and you’re stumped?  Leave a comment! 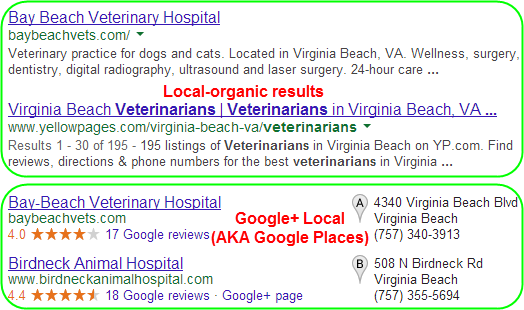