Last summer, Yelp quietly started providing embed code that you can use to stick any customer’s Yelp review on your site.

As closely as I monitor Yelp, I didn’t know about that feature until now.  A few people wrote about it in passing, but I didn’t know about it until Mike of HikingMike told me in his comment on my 2015 post on copying and pasting Yelp reviews.  (By the way, I really appreciate getting intel like that.)

The embed code might be easier and cleaner-looking than a copy-and-paste or a screenshot.  Here’s what an embedded review would look like:

How do you get the embed code?  Just go to your Yelp page (or your client’s), hover over the review, and click “Embed review.”

Why embed your Yelp reviews on your site?  Just because it’s usually showing off your reviews in general – both on Yelp and on any other review sites.  You can’t assume everyone saw them before getting to your site.  Your site should showcase what customers say about you, rather than just what you say about yourself.

Maybe hold off if only unhappy customers or unfair idiots have reviewed you.

Consider giving the embed feature a try while (1) it’s still around, (2) it’s straightforward, and (3) little-known.  As Mike wrote wisely in his comment:

“This info will be coming from Yelp so it would rely on their side continuing the embed service. If there were some issue, a location move, or something out of the ordinary, I could see the reviews not showing suddenly. They could change their embed method or code as well.

“But I’m also curious about what happens if the Yelp filter removes a review you have embedded. Will the embed still work or will it disappear? I know a lot of times reviews will show initially and then be filtered within a day or so (usually people that have just 1 review), so I wonder how it will work with those.”

Did you know about Yelp’s embed code before I did?

Have you used it?

Will you use it?

Even the obvious benefits of great customer reviews are almost too many to count.  To wit: 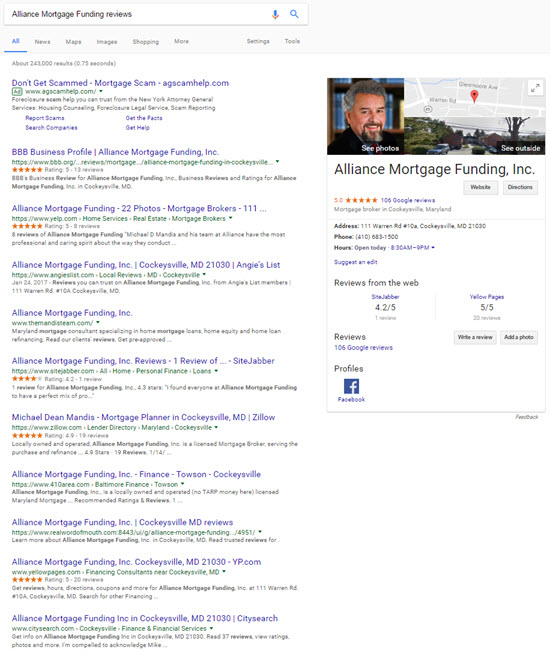 Those are just the beginning, though.  You can squeeze many other benefits from customers’ reviews and from the process of earning and encouraging them.  As AJ Kohn said about commenting on blog posts, the hidden power of reviews is ridiculous.

Here are some of the less-obvious ways you can use your reviews to help your local SEO and marketing even more.

1. Use them to research keywords. You might not call your services what your customers call them, and you might not search for them in the way they search for them.  Where appropriate, try to incorporate those phrases into relevant pages of your site, or create separate pages on them.

2. Mine your reviews to learn exactly what kinds of customers have reviewed you, and why. Use those insights to determine who are the other customers most likely to review you (and ask them), and to make your services better.

3. Study your competitors’ reviews. Ask the same questions as in points #1-2.

4. Use a freshly-written review as an excuse to contact the customer who wrote it. Say thanks.  Ask how he or she is doing, or just say you’d like any further feedback.  That’s good to do on principle, and sometimes you’ll get repeat business out of the deal.

5. Use a new review as an occasion ask for an additional review, on a different site, if the customer is willing.

6. Write owner-responses in a way that makes you look great to anyone reading your reviews. 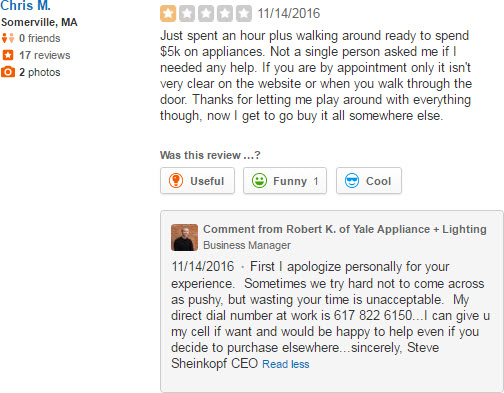 7. Copy and paste the reviews onto your site. (Google doesn’t seem to mind, and neither does Yelp, and other sites surely don’t care.)  I suppose this isn’t such a hidden benefit of reviews, but I have to mention it because it’s so important.  Your customers’ reviews are copywriting rebar.  Your selling points are stronger if you’re not the only one touting them.   Also, if you cite the city the reviewer is from, they’re semi-“local” content you don’t have to write.  They’re particularly useful on city pages. 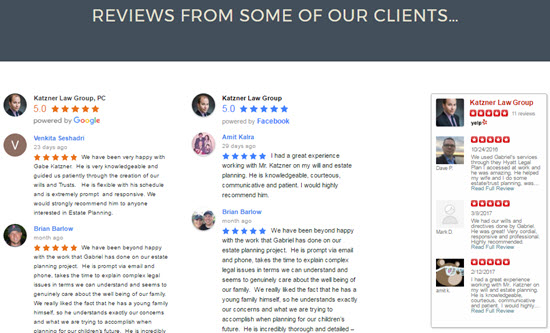 8. Put them on a “Reviews” or “Reviews & Testimonials” page on your site. It might even rank for keyword + reviews local search terms. 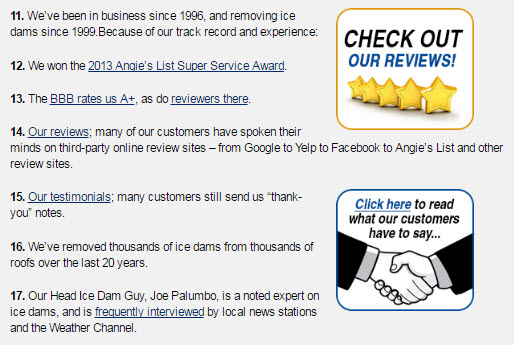 10. Add reviews badges or widgets to your site to showcase the reviews. The badges serve as third-party “trust” symbols, if you use the badge(s) provided by the site where you’ve got the reviews. 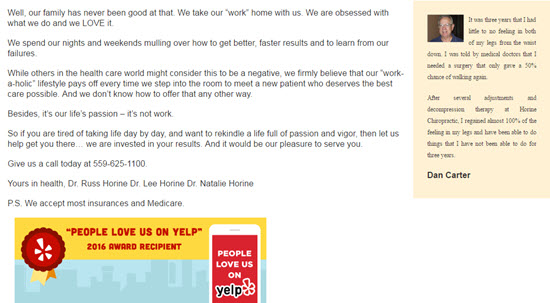 11. Create your own badge, if none is available on the site where you’ve got a pile of good reviews.

12. Allude to your reviews in your AdWords ads. 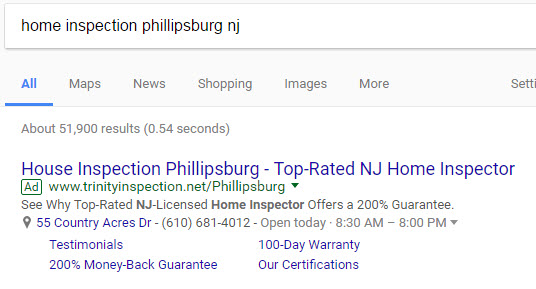 13. Include them (or excerpt or link to them) in your email signature, possibly along with a link to your “Review Us” page.

14. Use them as seeds for blog post topics. You can expand on certain selling points (or other points) a reviewer brought up. 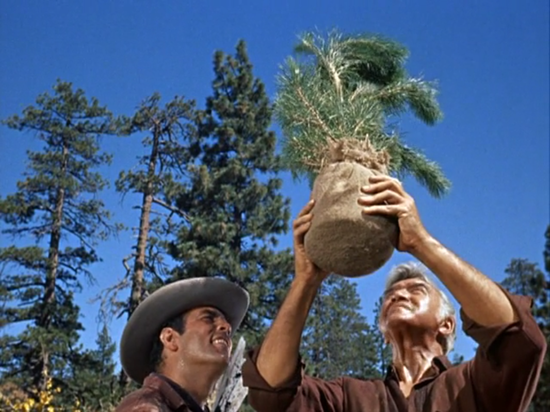 15. Use them to reduce surprises and customer-service issues, by encouraging visitors to read your reviews before they call you. Even if that means they have to open up another browser tab and take their eyes off your site for a minute.  Say something like, “We want you to know how we made other customers happy, and we want you to be our latest happy customer, so please take a minute to read our reviews.”  When they come back, they’ll be more likely to call you, and less likely to eat up your time with questions your past customers already answered.

Any non-obvious powers of reviews I didn’t mention?

How do you leverage your reviews (the good and even the bad)?

Any great real-life examples of one of the points I mentioned? 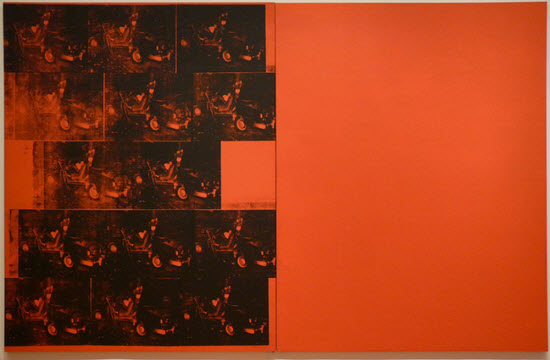 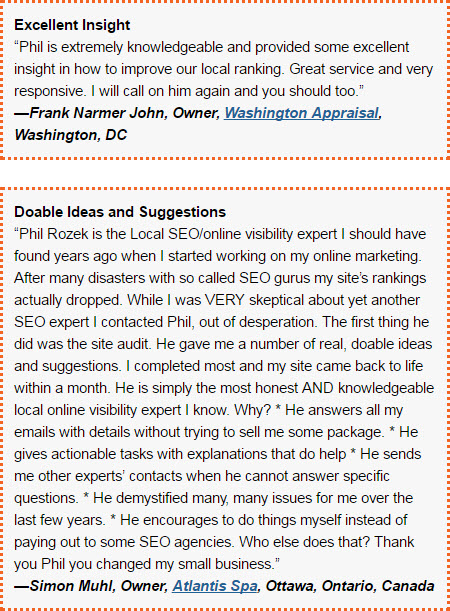