Having problems with Google Places?  Of course you are! 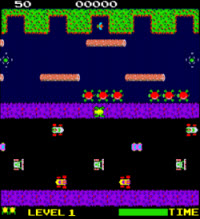 Local Google is a minefield of bugs, glitches, often-murky “Quality Guidelines,” sudden algorithm changes, and possibly unethical competitors. Tiptoeing your way around all the hazards requires luck or know-how.  If you don’t feel like playing Russian Roulette with your business’s local presence, then you’d probably prefer the extra know-how.

“But Phil, I’m not having any problems in Google Places…I just want to rank higher.”

Well, if you want to rank more visibly, you first need to make sure your wings aren’t being clipped by a host of particularly common hazards.  Even if you’re already ranking well in Google Places, you need to know how to identify, fix, or prevent these problems.  Just because you haven’t encountered them doesn’t mean you won’t.

That’s why I’ve rounded up 7 posts that help to troubleshoot some difficulties you might encounter—or maybe have encountered—in Google Places.

Taking a few minutes to read these posts might just be enough to get you out of whatever Google-related jam you’re in—or to prevent future troubles.

Problem: Merged Listings
If your Google Places listing has a bunch of incorrect info on it, it might be “merged” with another business’s Google listing.  Mike “Professor Maps” Blumenthal shows you how to deal with a merged listing.

Problem: Spam Reviews from Competitors
Are your competitors spreading lies or talking smack about you—on your own Google Places page?  Here are some great tips for handling spam reviews.  By the way, I suggest you read all the comments on that post; there are some great suggestions in there as well.

Problem: Sudden Drop-off in Rankings
If you’ve had a decent—or very good ranking—vanish all of a sudden, this post from Linda Buquet might light the way for you.

Problem: Frustrating, Unclear Error Messages from Google
Nyagoslav Zhekov tells you what to do when you have no idea why you’re receiving an error message from Google.

Problem: Other Puzzling TARFU Situations in Google Places
A “part 2” to the above post, this deals with other common Google problems you may encounter.

Problem: Duplicate Google Places Listings
“Duplicate” listings are a huge problem in Places.  They’re also one of the most annoying and tricky issues to solve.  An excellent step-by-step guide for how to unravel duplicate listings.

Problem: Worried about Getting Ripped off by SEO Scammers
In addition to being a crackerjack troubleshooter, Nyagoslav has some great tips for how you can sniff out and avoid unethical local SEO companies.

Any questions that aren’t answered by these awesome posts?  It’s hard to imagine that’s the case, but if it is, just leave a comment and I may be able to take a crack at it.