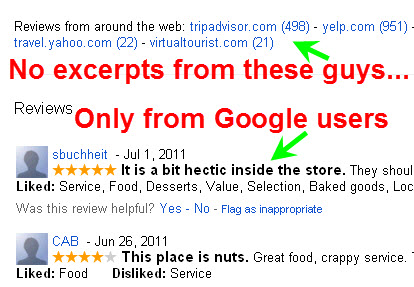 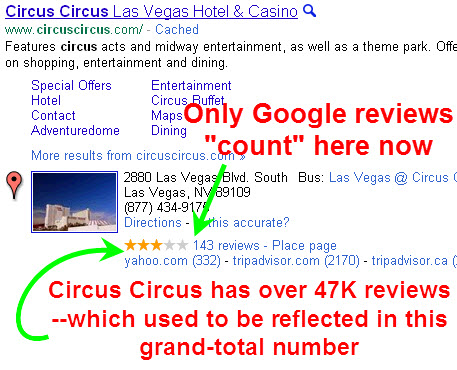 It’s probably a short-lived test by Google–but earlier this fine Wednesday evening if you typed in just about any local search term, you’d see only 3 results displayed on the 1st page of Google Places.

We’ve seen “3-pack” local business results before, but only for less-competitive or slightly uncommon searches–like if you searched locally for “cobbler” or “taxidermist.”  Or we’d see a 3-pack for local searches in less-populated towns, where there maybe are only 3 nearby car mechanics, not 7+.

But earlier today you’d only see 3 businesses when you’d type in a term as ultra-competitive as “New York pizza”—terms that would normally return 7 local search results on the first page (with a whole lot more behind them, trying to scratch their way onto the 1st page):

This picture shows what I mean:

It’s a test, and probably a very quick one.  It may be on-again, off-again for a few days, for all I know.

But many times when Google tests something like this on a large scale–even if only a few hours–it’s only a few weeks or maybe a couple of months before it becomes the new standard everywhere.  The standards for local businesses may just get tougher.