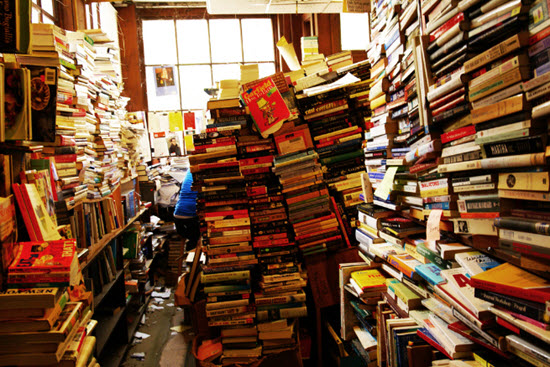 Can Google?  Yes.  Will Google always index the content in Yelp reviews?  Jury’s out.

Google can access the content in Yelp reviews you embed on your site (via Yelp’s embed feature), despite the fact that those Yelp reviews are in iframes. 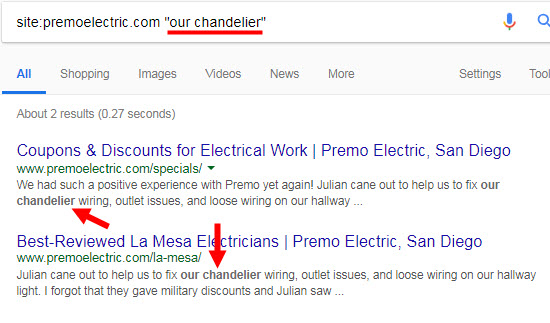 On those two pages the only content with that phrase is in an embedded Yelp review.  (And that’s always been the case on those pages.)

Because Google has gotten better at rendering  iframe conent and Javascript in recent years, maybe it’s inevitable Google indexes more of that content than it used to (or was able to).

On the other hand, on the pages I cited a minute ago, much of the content is in Yelp reviews.  Proportionally, their content is pretty Yelp-heavy.  The pages I looked at where Google doesn’t seem to have indexed the Yelp content also have proportionally more non-Yelp-review content.  That suggests there’s some truth to John Mueller’s characteristically brief and clear answer that, in effect, Google is more likely to index iframe content (like embedded Yelp reviews) when that content makes up a large chunk of the page.

Why does any of that matter to your local SEO?

For one thing, copying and pasting your customers’ Yelp reviews onto your site long has been the best way to ensure that Google can access that relevant content (that you didn’t have to write!).  But copying and pasting is a hassle if you want the reviews to look good on your site, because you’ll have to style them a little.  Now, I’d say it’s not as much of a trade-off: you can use the embed feature to have your Yelp reviews look OK on your site, and still be confident that Google at least knows what’s in the reviews.

Anything I should test or look into?

What’s been your experience with embedding Yelp reviews?

Any benefits or drawbacks I didn’t mention?