It appears that businesses’ Google+ Local listings have gotten yet another facelift.  Now they’re laid out in two columns.  Here’s what you see above the fold: 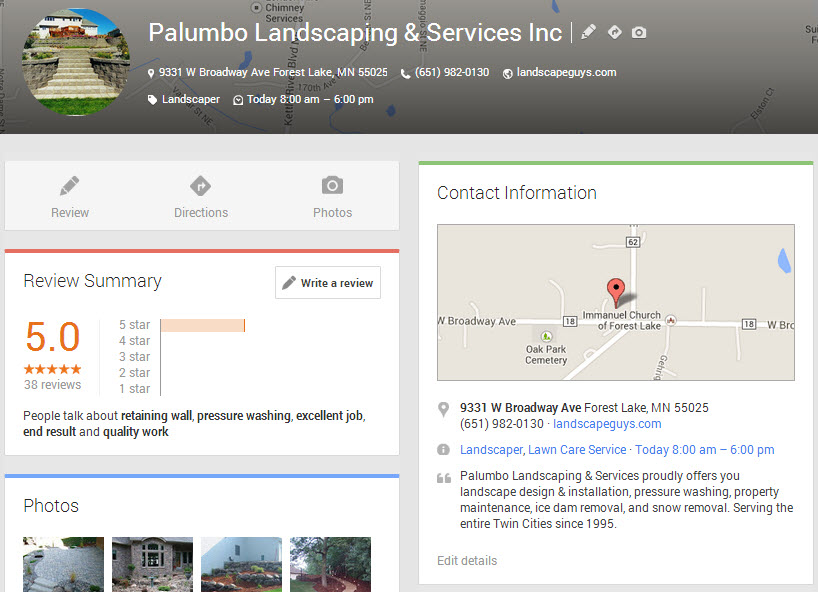 Lower down on the page, you’ll see double-barreled review action: 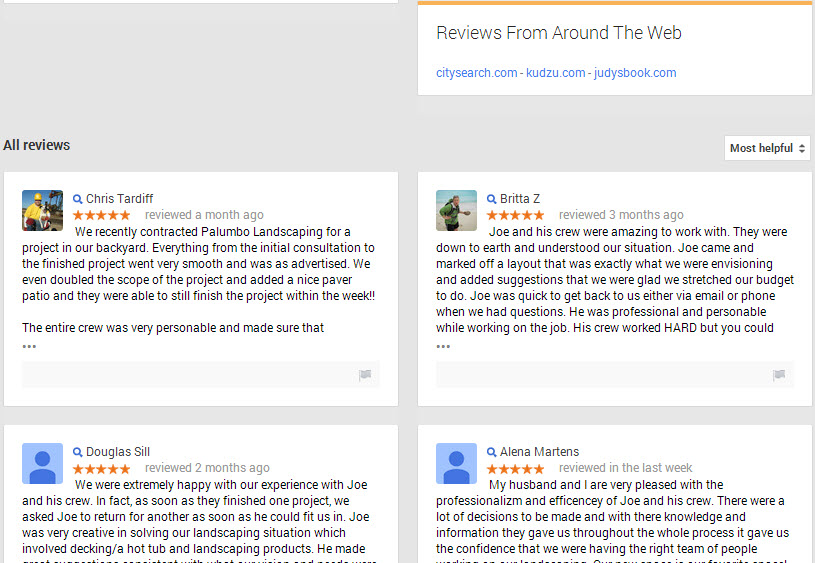 An early version of this new layout was spotted “in the wild” last week on Linda Buquet’s forum.  It looks like the two-column layout now has rolled out more broadly.

I like the new look.  Of course, the sleek new design would matter more if the “review pop-up” went away and more people actually ended up on businesses’ Google listings.

The main upshot of the new layout is that it highlights a business’s Google Plus reviews.  The “Reviews Summary” box is now up near the top-left corner of the page, where – as most eye-tracking studies will tell you – people tend to look the most.  Even more prominent is what’s right above the “Reviews Summary” box: a big “pencil” button that people can click on to write reviews.

Google is pushing reviews.  Hard.  This is just the latest in a series of moves by Google.  Some highlights:

Google seems to be sculpting much of its Places/Plus/Maps results around reviews.  I think they’re trying to tell us something.