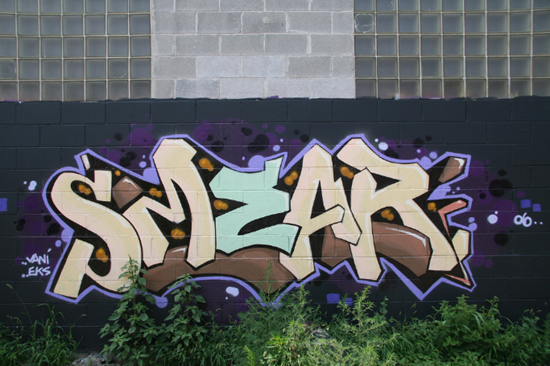 Let’s say you had a bad experience at a local business with half a dozen locations, and you feel the need to review the business.  How many bad reviews do they deserve from you?

a. One bad review on one site. You’re one customer.  You had one poor experience.  You can’t remark on their other 5 locations, but don’t plan to visit them.  You’ll pick a site where people will probably see your review, you’ll say your piece, and that will be that.

b. A few bad reviews: one on each major review site. Normally you stick to one site, but your experience was so awful you feel you’d be a Bad Samaritan by not spreading the word.  Your 3-4 bad reviews should do the trick.  You know they’ve got 5 other locations you didn’t deal with, but you can’t comment on those, and 15-20 bad reviews from one customer seems crazy (and sounds like a lot of work for you).

c.Unlimited bad reviews: you’ll write a scathing review on as many sites as you feel like, and for every location they’ve got. Who cares that you didn’t deal with their 5 other locations?  The owners should have thought of that before mistreating you so.  No such thing as a bad review they didn’t earn!  If they had 100 locations you’d be justified in writing 100-200 bad reviews.

As a reasonable person, you’d probably pick A or B.  Choice C seems excessive.  It’s also less credible: Your criticism is more believable if it’s clear you’ve stuck to the locations you’ve dealt with.  Won’t seem as much like a personal crusade to destroy the business.

Yelp doesn’t care.  Apparently, any given customer can review as many locations of your business as he or she would like, as long as each review is at least a little different.  Just regurgitate n’ reuse.

To Yelp, if you’ve got 3 locations and 1 angry customer, that customer is entitled to 3 nasty reviews.

Recently, I reported a redundant Yelp review of one of my clients, a doctor with 2 practice locations.  He’s got solid reviews: mostly good reviews, with a few bad ones.  One patient wrote a review of his main office location, and that review seemed legitimate, but then she reviewed his other location.  Admittedly she didn’t even go there.  She said, in effect, “Check out all the bad reviews of the doctor’s main location.  As I said in my review of that one, he’s terrible because…blah blah blah.”

I’ve had some success in reporting unfair and non-compliant Yelp reviews, and getting them removed.  In the past, I’ve been able to get them to remove reviews that are exact copies: a customer writes a 1-star review of one location, and does a simple copy-and-paste for the other location(s).  Yelp has always removed carbon-copies.

Why should redundant, near-duplicate reviews be any different?  Why should customers be able to “spin” the same review and reuse it against you?

They shouldn’t be able to.  I don’t know how to explain why Yelp HQ thinks that (other than by pointing out the obvious: they’re idiots).

Yelp’s review-writing guidelines (like Google’s) appear deliberately broad, so as to allow for a “know it when we see it” judgment when one party flags a review for removal.  I suspect one reason Yelp doesn’t remove redundant, near-duplicate reviews is that Yelp doesn’t know which one is the “correct” review, and doesn’t care to make a call.  For a company with a motto of “Real People, Real Reviews,” Yelp never has paid much attention to basic facts of the reviewer-business relationship, like whether the reviewer has had experience with 12 locations or 1 location or 0 locations of a business.

The other reason, I suspect, is that if Yelp lets fly more bad reviews than they should, business owners are more likely to feel the pinch and try Yelp’s advertising out of desperation.  Just a guess.

Anyway, besides reporting redundant reviews from the same customer, what should you do?  Fill out this somewhat-buried form.  Explain that you don’t dispute the reviewer’s right to review one of your locations – just not all of your locations.  Highlight any language that makes it clear the customer didn’t deal with those other locations.  Your request may still be ignored, but it’s a stone to turn over. 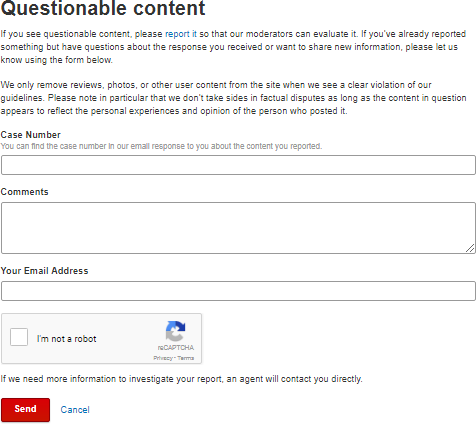 Also, get dialed-in on your review strategy before this kind of thing happens.

Any experience in getting redundant Yelp reviews removed?

How about getting other types of Yelp reviews removed?

No need to tell me how much you hate Yelp in general, but please do leave a comment on your experience with reporting reviews.