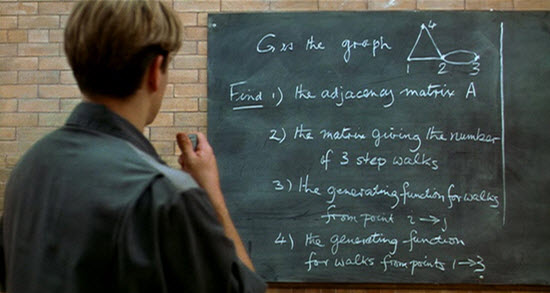 I like to support local businesses that I want to stay in business, I love to write, and as an SEO I must experiment every now and then.

That’s why in spring of 2013 I started crawling around in Yelp’s guts, as just another local reviewer.  I’d written a couple reviews on Yelp a few years earlier, before I even knew about the filter, so those reviews never saw the light of day.  By 2013, I wanted to understand the filter better, mostly so I could help my clients put together a review strategy that didn’t just send perfectly good reviews into the grinder.

I learned some useful tidbits, like that a 3-star review is more likely to stick than a 5-star (even if written by a new, less-“trusted” Yelper), that the first review of a business is more likely to stick, and that it typically takes about 10 reviews – spread out over several months – for Yelp to stop filtering your reviews.

But things only got interesting once I accidentally became an “Elite” Yelper.

It wasn’t part of my intended experiment, nor do I have a particular fondness of Yelp. 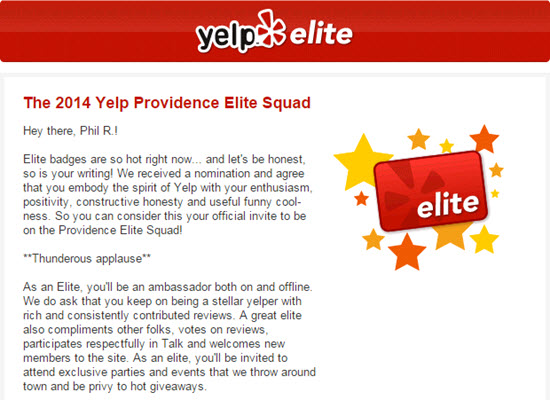 I wrote those 26 reviews in a span of 8 months.

I kept up the reviews throughout 2014, but only wrote 20 that year.  Good enough for “Elite” again.

So even though I’ve never attended the little “Elite Squad” parties, have shown zero interest in becoming part of the “community,” rarely compliment or “friend” local reviewers, and have written only 66 reviews, they’ve kept me around for 3 years now.

Clearly becoming an EY doesn’t have much to do with quantity of reviews.  Or length or detail: most of my reviews are maybe 2-4 short paragraphs.

So what factors do determine who gets the dubious title of “Elite” Yelp reviewer?  Yelp won’t tell you much.  But there are 7 factors that I’ve noticed (so far):

Factor 1: Reviewing some of the same businesses your “community manager” has reviewed.

Particularly places he or she likes and that you like.   I suspect this is the only person who nominates “Elite” Yelpers, so if you write a zinger review of a restaurant or some other place your CM likes, all of a sudden you’re on your CM’s radar, and you’re kindred spirits.  That didn’t even occur to me until I after I reviewed one of my favorite restaurants, which my CM also happens to like and frequent, at which point she sent me a Yelp “compliment” on my review.

This one’s tough.  I’m not saying to channel your inner Tolstoy.  Many Yelpers get into narcissistic amounts of detail that nobody wants to read.  But it’s hard to pump out tons of reviews that still manage to be helpful, and it’s even harder to pump out reviews that people (especially a “community manager”) will enjoy. 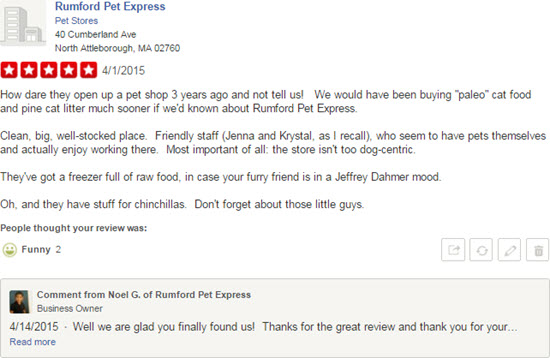 One way to keep your reviews helpful – and sometimes funnier than you’d expect – is to review really boring businesses, which usually makes you dig deep to think about what you can possibly say.

This one’s the toughest.  But even if your humor is the corniest since Roger Moore played 007, I’m tempted to say it doesn’t matter.

All that seems to matter is whetheryour “community manager” likes your reviews, and whether you get lots of “votes,” or if maybe even a “Review of the Day.”  Which leads me to the next point….

Whenever someone labels one of your reviews as “Useful,” “Funny,” or “Cool,” that’s good (at least as far as Yelp is concerned). 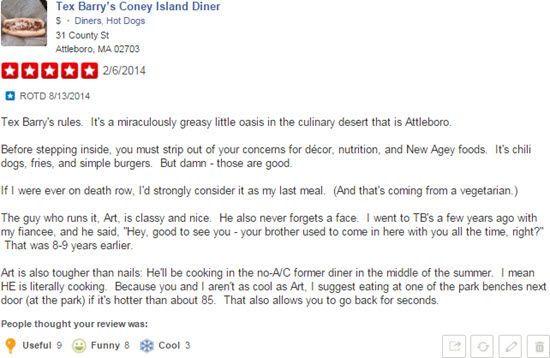 Factor 5: Be the first to review some businesses.

Yelp wants to enhance its data on local businesses.  Also, once a business gets a review, Yelp has an occasion to call the owner and pitch ads as a way to keep the good times rolling.  Who better to carry out those two tasks than some chump who’s willing to write about local businesses for free?

If you’ve written at least a few reviews in the year, around Thanksgiving Yelp will email you to ask whether you’d like to remain “Elite.”

They’ll ask you to send in a pitch if you’re interested.  The substance and length are up to you.

You’ll want to put thought and creativity into this.  It shouldn’t necessarily be a rational argument.  Write it as you would one of your Yelp reviews – in the same voice (especially if that voice squeaks with corny humor).  Except this time you’re reviewing yourself.

Factor 7: Keep writing reviews even after you re-nominate yourself.

You’ll hear back around early January if you’re still “in.”  So from roughly Thanksgiving to New Year’s Day you’ll probably want to rip out a couple of reviews, just so the powers-that-be can see how much you care about Yelping and that you have no life.

Speaking of which, at this point you – a business owner or local SEO – might be wondering:

God, what a dweeb this guy is.  I don’t even like Yelp, and who cares who becomes an “Elite” reviewer?  I want my 10 minutes back.

Well, it’s important to understand how Yelp works if you want to get good reviews there.  For better or for worse, there is a huge human factor to Yelp.  Also, if for whatever reason you want to become an “Elite” Yelper yourself, any time you submit an edit or flag a review, they’re a little more likely to act on your suggestions.

Or maybe you’re just a curious cat, like me.

Have “Elite” Yelp reviewers affected your business in any way?

Any questions or relevant experiences?