Groupon, long infamous for its daily deals, has let non-deal-offering businesses get listed for about a year now.

But Groupon’s “Merchant Pages” sounded like a real hassle to claim, and you’d have to run a gauntlet of advertising pitches that only a GoDaddy customer could bear. 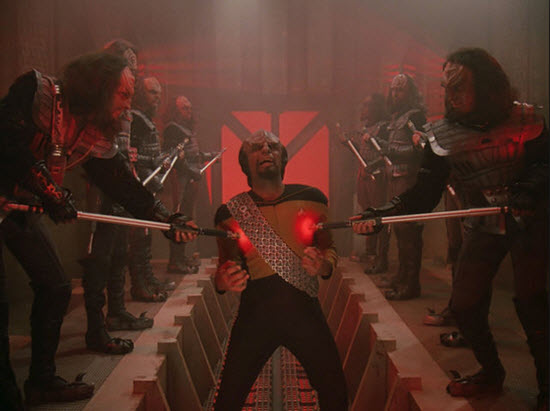 Apparently it’s less painful now because Groupon is getting its [BLEEP] together, according to some intel that Corey Barnett of Cleverly Engaged Marketing sent me the other day.

It sounds like Groupon has finally got used to honoring requests for free listings, and realizes that many times it’s SEOs and other marketers calling on behalf of their clients to add a listing.  As a result, apparently now it takes less than 45 minutes, they don’t require owner-verification, and don’t pitch you on ads or to start offering a Groupon deal.

You just have to spend a few minutes on the phone talking with a live rep, who notes down your info and presumably later makes sure it’s not bogus.

Also, I’ve been watching this for some time and have emailed Groupon’s team if they would roll this out to all businesses. They told me they would, but never gave me a date.

Once you click on “claim a page,” you should get a phone call from a rep and can email them updates and changes. If your client isn’t listed yet, you can also email their support team and they will create a page for you.

When I claimed my client’s page, a rep contacted me and told me I needed to email him changes, a description that can be added, the website link can be updated, photos and more can be added…. He told me they literally just rolled this out late last week.

Here is what a page looks like that I have claimed and filled out; notice the description and photos: 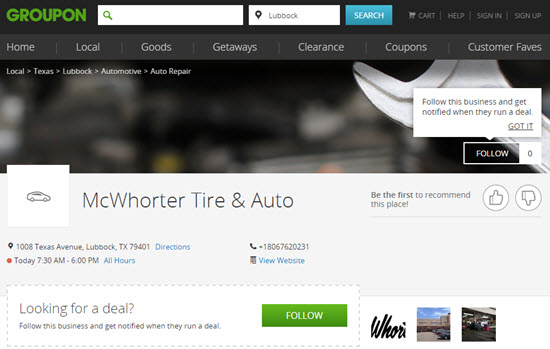 Corey was told that this newer, easier process is part of a larger effort on Groupon’s part to list more businesses:

[Rohan] confirmed that the data on Groupon’s site is being rolled out in batches being pulled from public sources and data aggregators (wouldn’t disclose which) and has been doing this for only the last 2 months. Groupon has not yet announced the change publicly, because it is still in beta mode. They haven’t added all businesses in the U.S. but that is their goal to offer a free merchant page for every business.

That squares with what I’ve found.  I’ve seen a couple of clients listed on there who I know for a fact haven’t offered a Groupon.  Must’ve gotten picked up from some other online source.

Some things you can add to your Groupon page now for free (through your support rep:

The only downside is that it seems you don’t get a “follow” link anymore just for showing up – as Dan Leibson described in his post from last year (which I mentioned earlier).  I guess it was the Groupon equivalent of apology flowers.

Have you tried getting listed on Groupon?  What do you think of the process?

Have you seen your listing on there, even if you haven’t added it or offered a deal?