I was mucking around in Yelp yesterday and noticed a new message when I was logged in and viewing a business’s page.

Here’s what Yelp users see if they’re viewing a business with 5 or more unfiltered reviews: 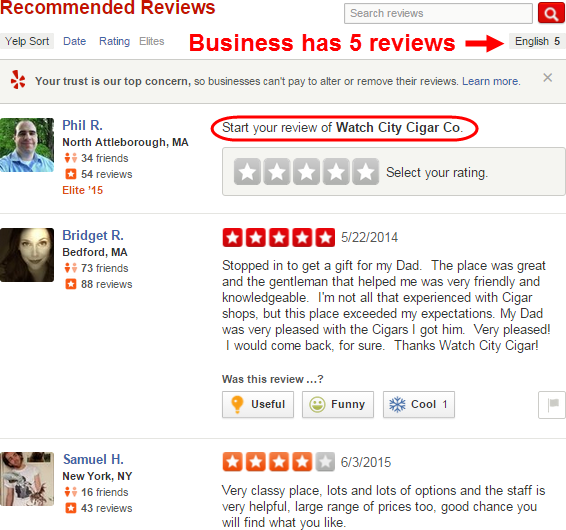 “Start your review.”  Understandable enough.  Yelp wants more “recommended” reviews on the site, and is giving you a little prod.

But here’s what it says when logged-in users look at a page with 1-4 unfiltered reviews: 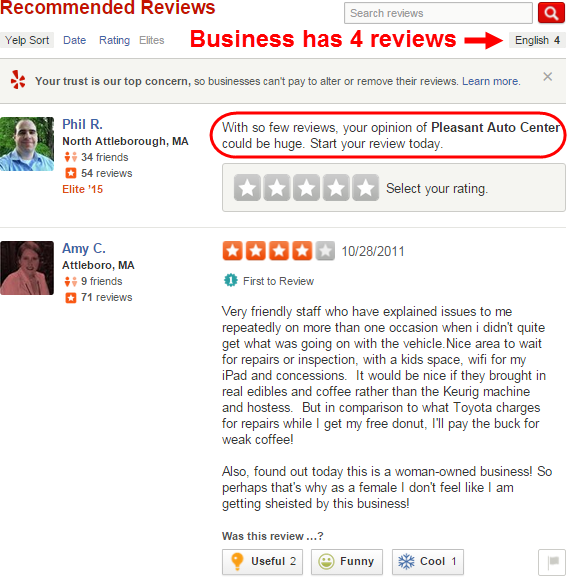 “Your opinion could be huge.”  That’s ambiguous.  Yelp is implying two things – the first of which is pretty obvious.

Of course, if you’re reviewing a business you like, you want your opinion to help the business – if only so that it stays in business.

I wish I could have reviewed this candy store in Back Bay Boston that closed when I was a kid.  It was a “candy forest.”  You’d walk on a bridge over a pond of wrapped blue mints, past the giant mushroom with caramels hidden under the top, over to the fake hollow tree full of chocolates.  Too bad I can’t remember the name.  Loved that place. 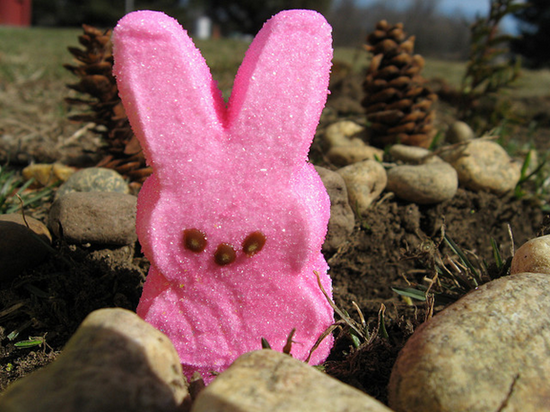 But it’s probably good that the candy forest predated Yelp by many years.  Some whiner would have gone in there, let his screaming kid eat the candy as he walked through the forest, refuse to pay for it, and then with a red face and unhinged emotions write a 1-star review of the magical candy forest.

That’s the second point Yelp’s new quasi-warning is supposed to impart to reviewers: A 1-star review stings if a business only has a couple of other reviews.

The cutoff appears to be 5 reviews.  Yelp sorta-kinda encourages you to think about what you’ll write about a business with 4 reviews or fewer.

Given Yelp’s recent woes, I would guess that this is Yelp’s attempt to encourage more coolheaded reviews.  That would mean better press for Yelp, and fewer business owners who hire lawyers to cross swords with Yelp’s very busy lawyers over bloodied online reputations.

The only problem with my theory is the message you see when you view a business with no reviews:

Nothing resembling a warning there.

Maybe Yelp is just trying to prevent a lemming effect, where a business gets a couple dud reviews from the first two reviewers, and then the subsequent reviewers pile on.

Why do you think Yelp is showing these new prompts?

Do you think it’s a small step in the right direction, or in the wrong direction?