Progress in Google Places rankings is non-linear.  If you’re #6 for a given search term, the next ranking you achieve might be #2 or #19, but it probably won’t be #5 and then #4.

Your business is unlikely to inch up or down in the local rankings.  The problem is that can make it very tough to tell if you’re doing things effectively or back-asswards. You need some indicators that you’re at least headed in the right (or wrong) direction.

Here are a few milestones you’ll probably pass if you’re on your way to better Google Places rankings:

Your trek up the Google Places rankings may be a bumpy one.  But it’s less disorienting if you know which milestones to look out for—and how to reach them if you haven’t already.

Can you think of any other “milestones” you’ve passed—or would like to pass?  Be a sport and leave a comment, will ya? 🙂

I’m always telling you what you should add to your Google Places page and your website in order to rank visibly to local customers.  But what about the stuff you shouldn’t include?  What should not be on your Places page or website?

As perhaps you’ve noticed by now, getting visible in Google is largely a process of communication.  You’re trying to tell Google certain facts about your business, in order to rank as highly as possible in your local market.  If you communicate clearly, you’re more likely to get what you’re after.

(Of course, Google won’t do everything you hope it will: if you stuff your Places page and website with 50 keywords that you want to get visible for, you’ll be disappointed.) 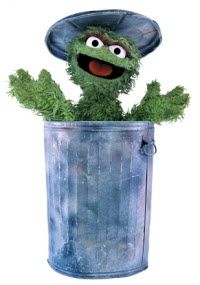 So what you need to do is eliminate mess from your “local presence.  You need to remove online clutter that can trip up Google and hurt your local rankings or (worse) earn your listing a suspension.  There’s a lot of garbage floating around Google Places and the rest of the Web, and it can hurt your local visibility to customers.

The good news is cleaning up is easy and quick.  It may be all that’s necessary (a) to resolve any suspensions by Google or (b) to give you the visibility boost you’ve been looking for, or both.

Here are the areas I suggest you pay attention to and clean up if need-be:

Also, I suggest you check the major third-party sites (Yelp, SuperPages, InsiderPages, etc.) and data-providers (particularly InfoUSA) and try to remove any duplicate or inaccurate listings that these sites have for your business.  These usually contain inconsistent info about your business, which can really ding your Google ranking.  Depending on the specific site, trying to get these unwanted listings removed can be even more of a hassle than trying to wrangle with Google to get unwanted Places listings removed.  Still, it’s something you always have to be patrolling around for and trying to weed out.

Oh, and one last thing: the items I just mentioned largely don’t even deal with the human element—that is, making sure your Google Places listing or website doesn’t contain any “junk” that might repel would-be customers.  (For more on this, check out The 1st Annual Google Places Freak Show and my 10-Point Maintenance Routine for Your Local Visibility.)

Can you think of any other mess worth cleaning from your Places page or your site?  Leave a comment!

I don’t know what your competitors think—and you probably don’t know, either.

But I do know one thing: you don’t want your business, livelihood, and your family’s finances to depend on whether or not your competitors are ethical people.

Your competitors are probably honest people.  But there are always the bad apples.  Even the bad ones most likely can’t hurt you intentionally in Google Places right now—unless they’ve been studying up on it.  Some people are clever and knowledgeable but also dishonest and unethical.

There are specific tactics they can use to deprive you of local customers in Google Places and take a chunk out of your business and profits.  For any competitors to use any of these against you, they’d have to fall somewhere between savvy and ingeniously cunning.

Some of these tactics I’ve seen used, whereas others I haven’t seen anyone use.  But each one is a vulnerability that you should know about.

Disclaimer:  I can’t control who reads this, or what that person does with the info I provide.  I’m telling you about these tactics so you can prevent them from being used against your business in the first place, and so you have an idea of how to counteract them in case you do encounter them.

Here are the 9 nastiest ways an unethical competitor could sabotage you—ranked in order of least to most sinister:

9.  They upload malicious or unflattering photos to your Places page.  They don’t even have to be untrue or libelous; they could just be really ugly or irrelevant photos that turn customers off to you.  Sure, you could get them removed, but it will be a real nuisance for you—and some potential customers will inevitably see the photos in the meantime.

8.  They relentlessly use the “Report a problem” feature in Google Places to try to convince Google that you’re doing something wrong.

7.  They pepper your Google reviews with flags and reports of being “inappropriate”—and then get their henchmen to do the same.  If they succeed, your legitimate reviews might go the way of the dodo bird.

6.  They could get several people to write you a bunch of positive reviews.  Google may suspect you’re buying positive reviews (which some people do), and may pull your reviews or even suspend your account.  Your competitors could take it a step further by making the reviews sound really fake (though still positive), which could cause legitimate people who visit your Places page to flag the reviews as “inappropriate” or “unhelpful” and get you into trouble.

5.  They write nasty reviews of you on third-party sites and/or or on sites like PissedConsumer.com.  These are especially tough to combat because (1) it’s harder for you to keep tabs on a bunch of different sites, because (2) one person can easily create a bunch of different user accounts on these sites and write you a nasty review on each, and because (3) some third-party sites don’t give you much recourse even if your business is getting slammed unjustly.

4.  They write fake negative reviews, get their friends and family to do the same, and pay even more people to do it.  They’d get a bunch of people to write not only negative Google reviews, but also nasty reviews on third-party sites.  Most customers would know the reviews are cooked-up, but some would be convinced, and your Google Places ranking would most likely still take a hit.  You could counteract their efforts if you took enough time away from running your business, but don’t expect Google to step in and do anything.

3.  They set up fake Google Places listings for your address, using a different phone number from the one you use.  Long story short, Google views your phone number as the unique “ID” of your business.  If Google doesn’t have confidence that it knows what your real phone number is, your ranking will take a big hit.

2.  Alternatively, they could set up fake Google Places listings using the name of your business but with a different phone number and a different address from the ones you use.  Again, this would be an attempt to spread inconsistent info about your business and create “uncertainty” about your business in the eyes of Google.  Having duplicate listings in general isn’t good for your Google Places ranking, and it’s far worse if there is a bunch of inconsistent information about your business floating around on the duplicate Places listings.  The worst part is if your competitor lists an address that isn’t your real one, he potentially could receive the verification PIN from Google in the mail and actually “owner-verify” the fake listing.  Google likely would eventually conclude that it isn’t the right address, but your competitor still will have thrown a wrench into the system.

1.  Probably the worst thing a competitor could do to you is to use Tactic #2 against you and go to numerous third-party sites and create a bunch of fake listings for your business, all slightly different from each other.  Not only does your Google ranking suffer when you have a ton of duplicate listings floating around cyberspace, but it’s infinitely worse when the info in those listings (phone numbers, addresses, name of business) is inconsistent.  It would be extremely tough to manage the information that the most important third-party sites have about you—especially if an unethical competitor keeps peppering them with false info and maybe even claiming some of the listings.  Especially if this tactic is used in combination with any of the others, you’ve got a serious problem on your hands.

So how can you avoid or counteract any sabotage?  A few suggestions:

If prevention doesn’t work, contact the business owner.  First just mention what is going on, and ask in a non-accusatory way whether they might know anything about it.  If they’re dodgy, explain your reasons for thinking they’re up to something, and then ask them to explain what’s really going on.  Obviously, be as polite as possible and don’t lead off with finger-pointing—but also be firm and keep your BS detector cranked up.

Meanwhile (maybe before you even contact the business owner), use Google’s feeble but occasionally handy “Report a problem” feature to let the powers-that-be at Google Places know something’s awry.

(By the way, if you still encounter trouble even after all of that, feel free to contact me; I may be able to give you some suggestions.)