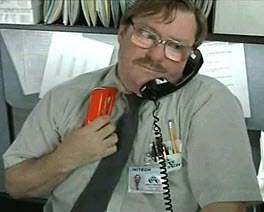 A few days ago Google announced free, limited phone support for cases where you just can’t seem to verify your business’s Google+Local page.

As when the ’04 Red Sox won the World Series, this restored some of my faith in the goodness of the Natural Order.

But then I remembered what the ’05 and ’06 Sox taught me: Things often slide backwards before they move forward again.

Will people abuse Google’s phone support and ruin it for everyone and cause Google to go cheap again?

Will it be like calling Bank of America – hard or impossible to reach a human who can fog a mirror?

Will the person on the phone at Google not really help and simply regurgitate the “Quality Guidelines”?

So far, from what little I know at this early stage, the answers seem to be no, no, and no.  From what I’ve heard, I’ve been pleasantly surprised.

None of my clients has needed to use Google+Local phone support so far.  But Travis Van Slooten of TVSInternetMarketing recently had occasion to use it for a Bermuda Triangle that one of his clients has been stuck in for weeks.  Actually, his client made the call.

(The problem seems to be in the process of being solved: Google’s ETA was a couple weeks, and it’s only been a couple of days since the phone call.)

Here’s what Travis kindly sent me, followed by what his client sent him after calling Google.  Maybe it sounds like your situation or that of someone you know.

It’s a great example of when you may want to use Google’s phone support, and what to expect:

I work with a painting contractor in California who had multiple Google+ Local pages. He hired me specifically to get these duplicates deleted and to get his primary listing optimized as it was missing pictures, didn’t have a good description, etc. etc. Over the course of several weeks I got the duplicates deleted and his primary listing well optimized and ranking very well. He was in the A or B position for his main keywords.

Suddenly he emailed me that his rankings were gone. He was nowhere to be found and he wanted me to look into it. It didn’t take me long because when I logged into his dashboard, his listing was in “Pending Review” mode. Him and I were both scratching our heads. Why the heck would it suddenly be in pending review mode when it was doing just fine for several weeks?

Together, he and I spent the next several weeks to get the listing out of “pending review” – which consisted mostly of him bugging Google via the troubleshooter and me pinging the listing on a daily basis. The responses from Google’s help desk were the usual canned responses that his listing was in pending review and that they would review the listing in the coming weeks. Gee, thanks Google for stating the obvious 🙂 And the pinging didn’t do anything.

Desperate, I reached out to you for your recommendations. As I recall, what you said I was doing everything correct and that everything looked good, and you weren’t sure why it would be under review either.  Then you said if the listing didn’t come out of review soon that we should just start a new listing and basically start over. When I told the client that, he didn’t want to take that drastic move. He was willing to wait a while. He said he would contact me when he was ready to start over. That was about 4 weeks ago.

Then your email newsletter came, where you told us that Google now had a phone number you could call for support on these types of issues. I immediately contacted the client with this information. He called Google and here is his email back to me on how it went:

[Here is the email from the client]

I went thru it last night and I got a phone call almost immediately and although the rep had a particular problem finding an email associated with my account he took my information and promised to call me right back. He called back about 20-30 minutes later but I was not able to take his call but he confirmed my account email and said my listing was officially verified. He also said that I can expect to have the review completed in 2 weeks time. He sounded confident about that and I was glad to talk to anybody so thanks for the tip. It worked great!

We shall see if this call actually does anything. The rep promised the review to be completed in 2 weeks time so we’ll be keeping an eye on it. It’s a shame my client wasn’t able to take the call because he could have asked why it was in review in the first place. Oh well, I suppose it won’t matter if his listing finally goes live again in a couple weeks. If it doesn’t, he’ll be calling Google again – and I’ll be making sure he is able to talk to Google to get the skinny on this pesky review status.

Have you had occasion to call Google+Local phone support?  Do you know someone who has?  Do you have a situation on your hands that you’re not sure has any other possible solution?  Let me know – leave a comment!

(Here’s where you can access phone support: you have to go through the troubleshooter, but there’s a number at the other end.)